Here is the history of human population:


Not so coincidentally, more than 50% of the world's global biodiversity indicator populations have disappeared during the same time period. Worse, the average rate of extinction today is as many as 98 whole species extinctions every day. That's the highest rate of extinction in over 60 million years (since dinosaurs walked the earth). What do all these numbers mean? They mean that sixty million years of biological evolution is unintentionally being undone by humanity's rapid expansion, particularly since 1970.

#1 Habitat destruction (i.e. habitat loss, habitat change, pollution, climate change) is causing about half of all biodiversity extinctions today. Our development and commercialization of lands and waters to create our modern quality of life has actually destroyed the habitats and therefore the lives of countless other species. As we have grown, they have diminished. Included in the category of "habitat destruction": habitat loss, habitat degradation, habitat resource depletion, and pollution. Examples of direct habitat destruction include: deforestation, urbanization, ocean trawling, and deepwater drilling. Increasingly, climate change's rapid advance is also affecting habitats, altering ecosystems and destroying lives. Our recommended projects meet these challenges head-on. 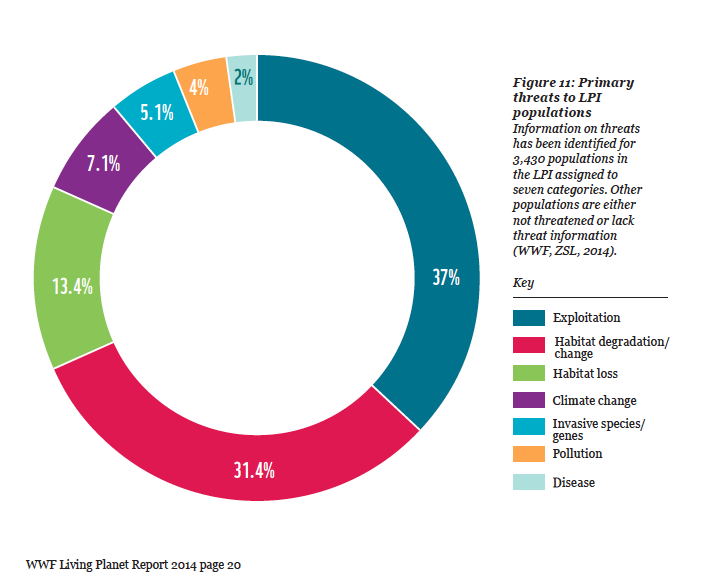 ​Save your Planet, Save your Self.

All of our planet's species are affected by the extinction crisis: humans, birds, plants, mammals, fish, reptiles, fungi, insects, etc. We owe today's quality of life entirely to our biosphere, which is now in rapid decline. How much biodiversity will be left in 45 more years if we don't take action today to preserve each and every valuable member of our biosphere?

The circular graph above summarizes World Wildlife Federation's October 2014 "Living Planet Report," a 180 page global assessment of the earth's biodiversity indicator populations. The report, authored by an international consortium of over 100 biologists and conservation scientists, concludes that on average 52% of the world's biodiversity has been lost since 1970. The graph breaks down the overall causes of these losses.

Visit our Solutions page to learn about the vetted projects we are actively raising money for.

Human expansion, as mighty and beneficial as it is, threatens our global, biological systems. Not in the short term but in the immediate present these crises must be prevented -- to continue absorbing greenhouse gas emissions at global scale, to maintain the richness of our qualities of life, to restore the panoply of irreplaceable ecosystem services all living things rely on. The power of capital must be employed to preserve the earth's most threatened, irreplaceable habitats. Nonprofit projects needing financial support abound. The time to preserve large-scale, critically important, carbon-rich, biodiversity-rich habitats is now and preserving these ecosystems isn't just the right thing for your conscience, it's the most globally beneficially thing anyone can do for our planet. Protecting the world's most valuable ecosystems is a blessing you can bestow upon all future generations. BioIntegrity connects you to these solutions. 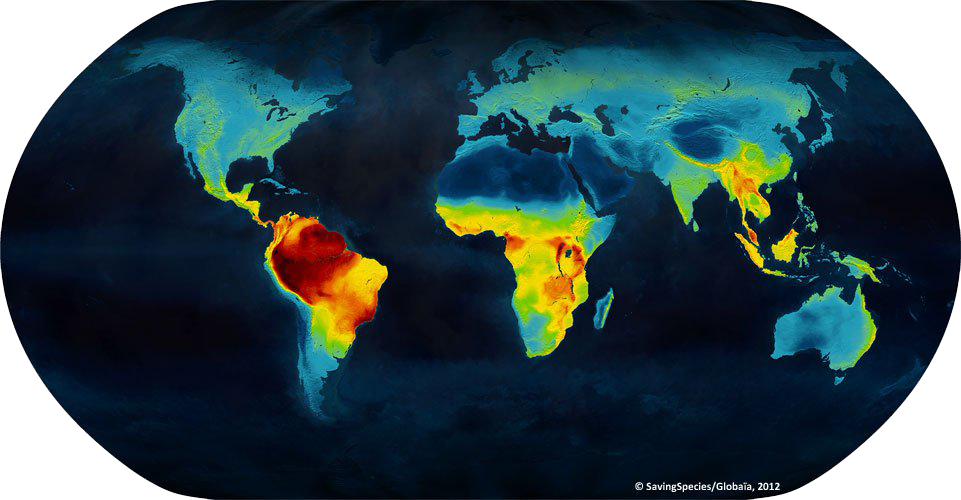 Your Chance to Help the Entire Planet.

BioIntegrity empowers global solutions to global biosphere challenges by connecting donors to large-scale, habitat preservation projects. Our mission, to protect and preserve the integrity of the biosphere, defines the boundaries of our long-term, non-partisan recommendations.

BioIntegrity seeks to empower global wellbeing via educating, fundraising, and networking-together today's global thinkers and feelers. We share critical information and solutions on a daily basis, and fundraise for vetted solutions to the global biodiversity extinction and greenhouse gas emissions crises.

Learn more about the projects we recommend.
Support Us